On November 12, 2019, it’s been almost a month since Disney + landed in the United States, the Netherlands and Canada. After a few false notes at launch, the new streaming platform appears to have reached cruising speed and no major bugs have been reported. There are no longer any connection difficulties or considerable hacking problem, the millions of subscribers can serenely benefit from the directory of the latest on the market for video on demand. The new Disney channel, movies and series Streaming is now avalable.

In France, you will have to take your patience, since the Disney channel launch is scheduled for March 31, 2020.

If you are in a country where the Disney + platform is already installed, you can access it in different ways. Just download the app to your smartphone, Apple TV, or Android TV, otherwise you can connect directly to the service through your browser, as you certainly did with Netflix or Amazon Prime Video.

If this is your first connection, you will of course have to create an account. But on the other hand, the Disney + service does not offer like Netflix a questionnaire to better understand your preferences and compose according to what you reveal all or part of the interface.

The challenge facing the Netflix competition

Although at first there were some setbacks and discrepancies, the new video-on-demand service appears to be a serious competitor to the SVOD giant Netflix. The start-up was a runaway success. In two days, the platform attracted around 10 million customers.

It must be admitted that the catalog seems to meet the expectations of aficionados of the Disney universe. It will include the entire library of classic movies and TV series, as well as the entire catalog of National Geographic, the movies created by the studios that are part of the Mickey universe: Pixar, Disney, Marvel, Star Wars.

But Disney + will not only stick to this rich legacy of blockbusters to seduce the customer, but it will also bet on a very tempting price compared to Netflix and which will certainly make the mouth water.

Disney + will certainly draw from the company’s rich catalog, in other words 18 Pixar films, 13 cartoons “jealously saved in safes so far” according to The Hollywood Reporter. Thus, there will be all the films from the legendary Star Wars, Marvel films such as Black Panther and Captain Marvel, the essential National Geographic documentaries, a hundred Disney Channel television films, and 9 new productions.

The fans of the series The Simpson and Malcolm will also find many seasons of each of the two series. In addition, the episodes of the exclusive series will probably be broadcast once a week.

As an example, this is an overview. You will certainly find your preferences there.

This is the story of a lonely mercenary, the Mandalorian, in the filthy shallows of the galaxy, and although the identity of the Mandalorian remains at this stage a mystery, the character refers to an old clan of fighters that one recognizes without difficulty by their helmet with the so particular form.

The television series is thus an immersion in the world of crime and in the cesspools of the anarchic universe of Star Wars, where the concept of authority has no place and no longer means anything.

It’s final! The series is confirmed on Disney +! While some were rather waiting for a feature film whose iconic character Obi-Wan Kenobi will be at the heart of fiction, it will be in series final that the adventures of the knight and Jedi master will be told. And hold on, it’s Ewan McGregor, having already played the character in the Star Wars prequel, who will be the main actor of the series!

While it was supposed that this 3 D animation series stopped, it turns out that it is very wrong. On July 19, 2018, to end the rumor, it was announced that twelve new episodes will be released in February 2020 on Disney +.

Played in a fictional version of East High School, the series traces the journey of a group of teen moviegoers who collaborate to stage High School Musical as part of schoolwork. This new production will be a sort of real-fake documentary-series on high school students who are putting on a year-end show whose legendary Disney Channel TV movie is at the heart of the theme. Ten episodes will be on the program.

Kamala Khan is the current Ms. Marvel. This series puts live action on Disney + for the first time an American teenager of Muslim faith from Jersey City who is endowed with supernatural powers of transformation and healing.

The most popular movies to watch online

In addition to the classic films in the Disney catalog, the streaming platform will develop exclusive productions:

The Lady and the Tramp :

This is an unprecedented readjustment of a classic animated in live action! Directed by Charlie Bean, the animated film will only be available for the streaming service. As for the American version, Justin Theroux and Tessa Thompson will give their voices to the canine heroes Clochard and Lady.

Adapted from a novel by Jerry Spinelli, the film will retrace the adventures of an eccentric young teenager who will find it very difficult to integrate into her new high school. The singer Grace Vander Waal will play the lead role.

Three men and a bassinet :

It surprises you, and yet you are not dreaming! This vintage film, which dates from 1985, and which already contains an overflow of nostalgia, will be brought up to date by Disney.

The list is obviously not exhaustive, but just to give you a taste.

The Final Word About This New Disney channel Streaming Site

After collaborating with Netflix, which streamed some of its content like the last Star Wars, Disney takes its autonomy with its own streaming site.

The Disney chain does not only copy the fundamentals of its competitor exclusively, it has already managed in just one month to give an even more refined and intuitive impression of the platform, while highlighting some of its classic recommended content. to encourage users to frequently consult the catalog of the platform.

How to raise kids on a budget ( EN ) Family life can come with significant costs, such as school supplies in the fall, extracurricular activities and entertainment…

A new stage of life for your puppy ( EN ) While the pandemic associated with COVID-19 could easily have resulted in a baby boom, it seems all that time…

The Netflix Kobra Kai series, the sequel to the cult films The Karate Kid The original Karate Kid movie was released in 1984, it was American martial… 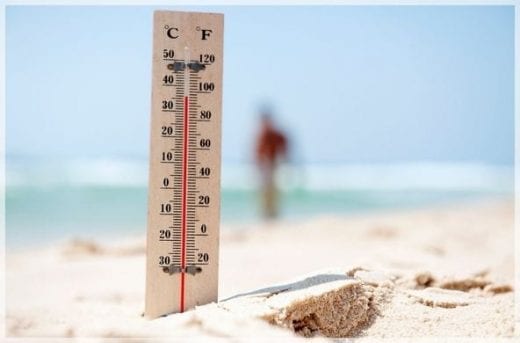